The marriage of an important transition in the life of man, namely the transition from teenage level towards the level of family life. Undeniable that marriage is an instinctive need for every living being. The transition in life are usually characterized by the presence of religious ceremonies to support the marriage process. Every wedding ceremony that's so important both for those concerned as well as for members of the kinship of both parties.

A series of organizing the process of marriage particularly Morotai Sangowo community consists of several stages, ranging from the proposal to the marriage taking place. A normal marriage are usually preceded by the time of the engagement/promise of connective between the men with the woman the length of about one year. Then proceed with the wedding or the inauguration.

The custom of marriage Sangowo is a regional cultural heritage of their predecessors who have cultural values and must be preserved and conserved but customs and cultures that how they should preserve and they preserve. Shift the value of marriage in this custom also caused because more and more people who have attended the world of education so that more understanding of the pattern to put forward something that is practical. 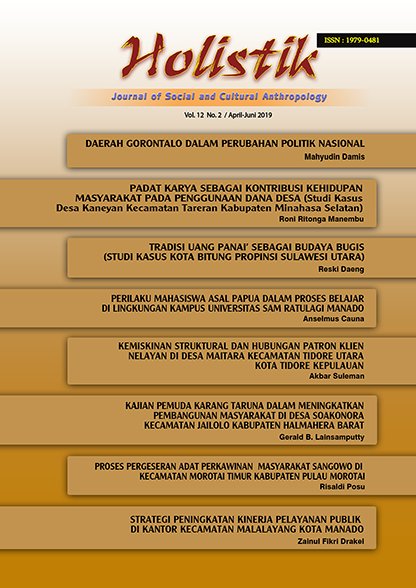